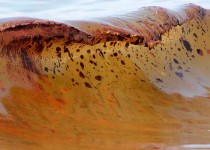 A change in marine mammal distribution and abundance, caused by environmental stresses or industrial activities, can have a major impact on the function of the entire deepwater ecosystem. This talk presents a multidisciplinary research effort, which uses expertise from marine acoustics, biology, physics, engineering, mathematics, and computational predictive modeling, to provide an understanding of how the regional marine mammal population in the Northern Gulf of Mexico has been affected by the 2010 Deepwater Horizon (DWH) oil spill and by other environmental stresses. A unique multi-year study conducted by the Littoral Acoustic Demonstration Center (LADC) in the Northern Gulf of Mexico to understand short-term and long-term effects of anthropogenic stresses on resident populations of endangered sperm and elusive beaked whales by utilizing passive acoustic data is presented. The statistically significant results have shown different regional abundance trends, associated with long-term responses to environmental stresses, for these two species.

Newly awarded funding from the BP-Gulf of Mexico Research Initiative opens unprecedented opportunities for continuing these long-term ecological studies in the Gulf of Mexico and for advancing our understanding of the Gulf ecosystem as a whole. The proposed advancements in passive acoustic data collection and processing will provide relationships of regional abundance variations to long-term and short-term environmental factors, such as environmental disasters, weather conditions, natural seasonal migration, regional anthropogenic noise background due to industrial operations, food supply, etc. The outcomes of the research will also aid in improving regulations, monitoring, and mitigation efforts for everyday industrial operations. The new data processing and predictive modeling tools developed over the next three years will not only apply for forecasting regional population dynamics of marine mammals in the Gulf of Mexico but will also be applicable for studying the effects of environmental stresses on marine mammal populations in other parts of the world's ocean.

Natalia A. Sidorovskaia is the Coca-Cola/BORSF Endowed Professor of Physics, the director of the newly funded multidisciplinary multi-institutional consortium "Littoral Acoustic Demonstration Center – Gulf Ecological Modeling and Monitoring" (LADC-GEMM), and the Chairperson of the Department of Physics at UL Lafayette. She received her MS Degree (1990) in radiophysics from Gorky (now Nizhny Novgorod) State University, Russia, an MS Degree (1996) in physics and a Ph.D. Degree (1997) in Engineering and Applied Science from the University of New Orleans. After a two year career in the oil industry with Landmark Graphics Corporation she joined the Department of Physics at University of Louisiana at Lafayette in 2000. She has published more than 40 scientific papers including contributions to four books on ocean acoustics. Dr. Sidorovskaia has been awarded approximately $6 million in external funding while at UL Lafayette. Her research interests are in numerical modeling of sound propagation and scattering in ocean waveguides, developing depth imaging techniques in seismic signal processing, seismic data management, methods of presentation and processing of deterministic and random signals, including the adaptive processing of highly noisy experimental data, methods of solutions of hydrophysical inverse problems (source imaging, ocean acoustic tomography), and marine mammal acoustics. Dr. Sidorovskaia is an active promoter of science in the Lafayette community and the brains behind the annual UL Lafayette SMART (Science Meets ART) festival. She is a Fellow of the Acoustical Society of America and a member of Sigma Pi Sigma National Physics Honor Society.

Water sustainability challenges in Louisiana and the formation of brines and oils in the subsurface: A look at two seemingly unrelated projects
David Borrok, School of Geosciences, UL Lafayette

This presentation will highlight two current research projects. The first is a multi-disciplinary, NSF-funded water sustainability investigation. The over-use of groundwater is becoming a problem in the U.S. Gulf and Southern Atlantic Coastal regions. Much of the Southeast is experiencing groundwater shortages; while at the same time surface water management efforts focus on how to eliminate excess water to prevent flooding. The goal of our project is to develop a framework for better managing surface water so that it can be used to close groundwater supply gaps. Our initial work focuses on the Chicot Aquifer region of Southwestern Louisiana. The second project focuses on the evolution of brines and oils as rocks and their associated organic matter are heated over time to produce hydrocarbons. Understanding the geochemistry associated with this process has implications for petroleum exploration and for the evaluation and management of produced waters. For this investigation we compare the inorganic geochemistry of fluids from high-temperature and pressure (T&P) leachate experiments with data from whole rock pyrolysis of the same hydrocarbon-producing rocks.

David Borrok is a Professor of Geology and the Director of the School of Geosciences. He received his BS degree in Geology and Geophysics from the Missouri University of Science and Technology in 1995 and graduated with a MS degree in Geology from the University of Michigan in 1997. He followed this up with 5 years of work in industry, first as an exploration geologist and later as a project scientist for an engineering consulting firm. David went back to get his PhD, specializing in geomicrobiology and low-temperature geochemistry, at the University of Notre Dame. He graduated in three years with seven publications. He followed this up with a short stint as a Mendenhall Postdoctoral Fellow at the U.S. Geological Survey in Denver, Colorado, before accepting an academic position at the University of Texas at El Paso (UTEP). As an assistant and then associate professor at UTEP, David formed and directed the University's Center for Earth and Environmental Isotope Research. David arrived at UL Lafayette in 2012. Over the last decade he has published 38 journal articles and has been the PI or CO-PI for over 8.5 million dollars in funding, largely from federal sources like the National Science Foundation. David's research interests include water resources, water quality, analytical chemistry, geomicrobiology, trace metal cycling, and metal pollution.

Environmental Toxicology: Biology meets the other sciences and provides insights into the influence of human activities on the ecosphere
Paul Klerks, Biology Department, UL Lafayette

This presentation will provide a short introduction into Environmental Toxicology and its interdisciplinary nature, and will illustrate the research going on in the Klerks' lab. One area is the interplay between environmental stressors and evolution, with research addressing the potential for the development of resistance to metal pollution and for adaptation to climate change. This research addresses whether animal populations may be able to survive in spite of stressful environmental conditions. A second research area is the interplay between organisms and contaminants in the environment. We know that contaminants can affect organisms, but we know less about the potential for organisms to influence the fate of contaminants in the environment. Past research has focused on heavy metals, while an ongoing project is addressing this for hydrocarbon-pollution resulting from the Deepwater Horizon oil spill. A short review of other recent and ongoing projects in the Klerks' lab will be provided to further highlight the potential for interdisciplinary projects in this research. 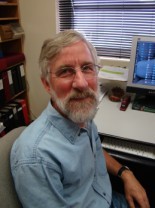 Paul Klerks is a Professor of Biology at UL Lafayette. He received his BS in Ecology and his MS in Biological Toxicology from Utrecht University in the Netherlands. He then received his PhD in Ecology and Evolution from the State University of New York at Stony Brook. After receiving his PhD, he spent two years as a Postdoctoral Research Associate at the Chesapeake Biological Laboratory in Maryland and two years as a Postdoctoral Fellow in the Department of Biology at The University of Toledo in Ohio.
Paul arrived at UL Lafayette in 1992. He holds the Harold & Adele Comeaux / BoRSF Professorship in Biology. In recognition of his exemplary performance in the areas of research, instruction and service, Paul was honored as a 2014 Outstanding Professor in the Ray P. Authement College of Sciences and as a 2015 University of Louisiana at Lafayette Foundation Distinguished Professor. He was also honored as an Exceptional Reviewer of 2014 for the journal Environmental Toxicology and Chemistry. During the summer of 2014, Paul visited the Institute of Applied Ecology of the Chinese Academy of Sciences under a Chinese Academy of Sciences Visiting Professorship for Senior International Scientists.
He has published 63 papers in peer-reviewed journals and 6 book chapters. Paul has generated approximately $4.5 million ($1.9 as lead PI, $2.6 as co-PI) in research grants, a total of $473K ($147K as lead-PI, $326K as co-PI) in equipment grants, and approximately $1.8 million (lead-PI) in graduate fellowship grants. He has directed 15 MS students and 5 PhD students and is currently directing 3 additional PhD students. His main research interests involve the long-term effects of environmental contaminants and other stressors on natural aquatic ecosystems.