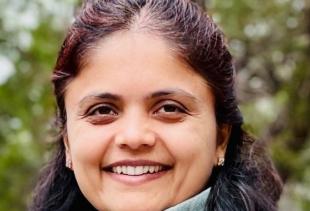 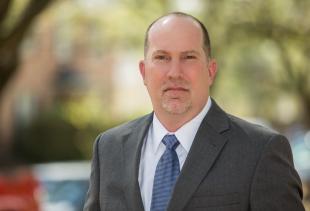 For Grant Gibson, a passion for the science of “why” led to an impressive educational and professional career that brought him around the world many times over. 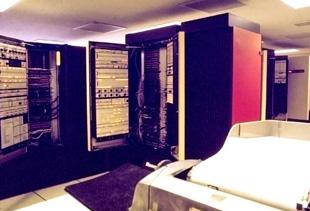 Pat Clark (BS Computer Science, 1980) is a Senior Technical Consultant for Stratus Technologies and has worked for the company for an impressive 32 years. 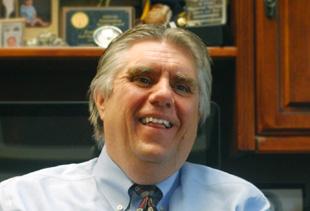 Dr. Roderick V. Clark (BS in Biology/Chemistry, 1982) always knew that UL Lafayette would be his first school of choice. 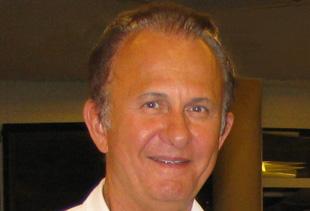 Dr. Robert W. Hamm (BS in Physics, 1967) grew up in an oilfield family and went to school in 12 cities in Louisiana and Texas before his family settled in Lake Charles, LA when he was 13 years old.

How rewarding to be a graduate of a distinguished program such as those here at UL Lafayette? We are excited to have you as one of our alumni and a forever Ragin' Cajun. You should be proud of your achievements and the goals you’ve reached during your time here with us and we welcome you back to visit at any time. We would like to encourage you to stay connected with your alma mater to find out all the latest and greatest things happening here in the College of Sciences. 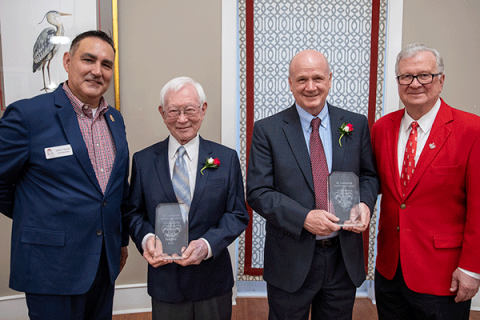 Dr. Steven Conrad and Walter Imahara are the University of Louisiana at Lafayette’s 2020 Outstanding Alumni.

The Outstanding Alumni Award is the highest honor UL Lafayette gives to a former student. It recognizes professional and personal achievements that have brought honor and distinction to the University. Graduates and former students who attended no less than 10 years ago are eligible to receive this award. Conrad, a physician, is credited with innovations that have improved care for critically ill patients. Imahara was UL Lafayette’s first Asian-American graduate and one of the most decorated athletes in University history.

The honorees “have done extraordinary things, both during and since their days on campus,” said John Claude Arceneaux, the Alumni Association’s interim executive director. “Both are deserving of this recognition and are exceptional ambassadors of the University.” Conrad and Imahara received their awards during a reception held May 15 at the UL Lafayette Alumni Center. The Outstanding Alumni event usually coincides with Homecoming activities; the 2020 recognition was postponed in response to COVID-19.

Conrad graduated from the University in 1974 with bachelor’s degrees in biology and chemistry. He is a 1978 graduate of LSU School of Medicine. While in medical school, he also earned a master’s degree in biomedical engineering from Louisiana Tech University. Later, he received a master’s degree in medical informatics and a doctorate in biomedical engineering, both from Case Western Reserve University. He completed a fellowship in critical care medicine at the Mayo Clinic and joined the faculty of the LSU Health Sciences Center in Shreveport in 1986. He was the first formally trained intensivist, a specialist in the care of critically ill patients, in Shreveport. He established the Critical Care Medicine service at LSU Health Sciences Center as well as a fellowship training program in Critical Care Medicine, the first of its kind in Louisiana. Conrad is the recipient of numerous awards, including the Ike Muslow Eminent Scholars Endowed Chair in Healthcare Informatics, the Pioneer Award from the Louisiana Society for Respiratory Care, Lifetime Senior membership in the Institute of Electrical and Electronics Engineers, and Master Fellow of Critical Care Medicine from the American College of Critical Care Medicine.

Imahara earned a bachelor’s degree in horticulture in 1960. He was the first Asian-American graduate in University history. Imahara began weightlifting while a student at Southwestern Louisiana Institute, now UL Lafayette. He was a member of the team that captured the National Collegiate Weightlifting Championship in 1957. It was the first national championship in any sport in University history. As a weightlifter at SLI, in the U.S. Army, and after his discharge, Imahara amassed nearly 200 regional, national and international titles between 1957 and 2005. He is a six-time U.S. Senior National Weightlifting Champion, a world-record holder in Masters weightlifting and was a gold medalist at the 1967 Pan American Games. Imahara was chairman of both the USA Masters Weightlifting Federation and the International Weightlifting Federation Masters Committee. He is the founding owner of Imahara’s Nursery and Landscape Co. in Baton Rouge and was president of the National Landscape Association, the Southern Nursery Association and the Louisiana Association of Nurserymen. Imahara published his memoirs, “I Am an American: Japanese American, Asian Cajun,” in 2019. The book recalls his time at SLI and details Imahara and his family’s experiences while interned in a relocation camp during World War II. 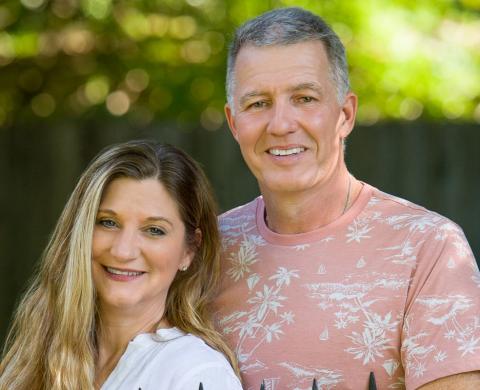 Many University of Louisiana at Lafayette alumni graciously continue to give back to the institution that gave so much to them. Alumni Brig. Gen. Rob VanHoy ’90 and Dr. Tess VanHoy ’89 decided to take their giving one step further. The VanHoy family has established a planned gift to the University in an endowed professorship for the Department of Biology. 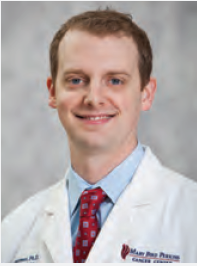 When LSU's tiger mascot, Mike VI, was taken to Mary Bird Perkins - Our Lady of the Lake Cancer Center last summer for treatment, Dr. Jonas Fontenot orchestrated his care. Fontenot is chief of medical physics there. A medical physicist is a scientist who collaborates with physicians, neurologists, specialty nurses and others to provide tailored doses of radiation therapy to patients.

The Bengal/Siberian tiger mix was diagnosed in May 2016 with spindle cell carcinoma, which is incurable in humans. He may have been the first tiger to be diagnosed with that cancer; he is believed to be the first to undergo radiation therapy for it. He was treated at the Cancer Center on June 1, after regular business hours. 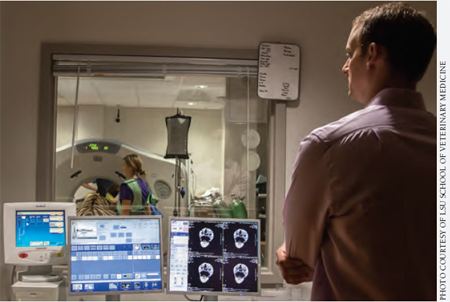 Veterinarians hoped to prolong Mike VI's life from a week or two to a year or more. But he was euthanized five months later, when they determined that the cancer had spread.

As a UL Lafayette freshman from Crowley, La., Fontenot thought he wanted to become a civil engineer. However, a chance encounter with Dr. Louis Houston, a former University physics faculty member, put him on a career path that ultimately led him to the Cancer Center. Fontenot was a student working part-time at a produce stand when he met Houston, who was shopping there. "Dr. Houston started telling me about physics in a little more detail, about the problems physicists are interested in solving and their approach to solving them. It really appealed to me," Fontenot recalled in a recent interview.

After talking with some other UL Lafayette faculty members, Fontenot changed his major to physics. He was a junior when he began to contemplate what career a physics degree would enable him to pursue. Dr. John Meriwether, a UL Lafayette physics professor who is now retired, introduced him to Danny Landry of Lake Charles, La., who had studied medical physics after earning a bachelor's degree in physics from USL. After learning more about medical physics from Landry, Fontenot was hooked.

He went on to receive a bachelor's degree in physics. Fontenot completed a summer internship at the University of Texas at Houston cyclotron laboratory, which produces medical isotopes, before entering graduate school. He earned master's and doctoral degrees from the University of Texas M.D. Anderson Cancer/Graduate School of Biomedical Sciences at Houston in 2005 and 2008, respectively.

Fontenot soon joined the Cancer Center, where he held several positions before being named its chief of medical physics in 2015. He recently helped integrate a new piece of equipment, the Leksell Gamma Knife IconTM, at the center. It's used primarily to treat diseases of the brain – regardless of whether they are cancerous. "Although it's got the word 'knife' in the title, it's actually noninvasive, using radiation. You get the precision of the surgeon's scalpel and through the use of very large doses of radiation, you're able to completely eliminate diseased tissue," he said. "It takes an entire array of physicians from different backgrounds to be able to use the device to its maximum capabilities," he continued. It also takes a strong medical physics team. "The tissues in your body always remember how much radiation they received. So, if you don't get it right the first time, it's difficult or impossible to go back and do it again."