Louisiana Board of Regents grants

Friends and colleagues of John Meriwether might argue that his legacy at UL Lafayette looms nearly as large as his six-foot-five frame did. Known for his passion for collaborative, cross-disciplinary efforts on campus and his commitment to “showing up” for faculty and students alike, John Meriwether’s impact on the UL Lafayette community remains as palpable today as it did during his lifetime. 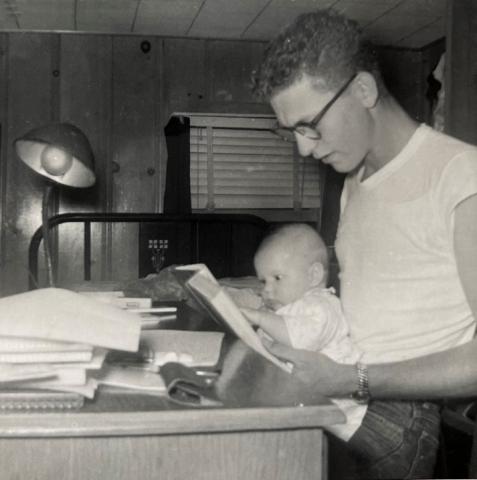 Meriwether arrived as a freshman at then-SLI in the 1950s to study chemistry. Meriwether met and married his wife, Dorothy, that same year. Just ten months later, John and Dorothy’s first child, Judith, was born and the family resided together in SLI’s “Vet Village,” the on-campus housing designed for married students and families. John and Dorothy often reflected fondly on that time in their lives; Vet Village was brimming with eager young students and their families, many of whom were freshly returned from the war and ready to commit themselves to education. In just five years and with a growing family by his side, John Meriwether completed his undergraduate degree in Chemistry and earned the university’s first Master of Science degree, also in Chemistry.

Meriwether had many impactful mentors during his time as a student at SLI, including Dr. James Oliver and Dr. Dean Keeley, whom Meriwether credits with encouraging him to pursue his PhD. After achieving his master’s degree at SLI, Meriwether went on to earn a PhD from Florida State University, where he uncovered a newfound interest in physics. Meriwether’s focus shifted from nuclear chemistry to nuclear physics; it was in this shift that John Meriwether truly “caught fire” as a scientist.

After completing his PhD, UC Berkeley offered Meriwether a prestigious postdoctoral fellowship at Lawrence Radiation Laboratories in Berkeley, California. As a result, the family relocated to California in the early 1960s, a time that the Meriwethers recall as being quite formative, and as interesting as one might imagine. The family returned to its roots in Lafayette at the request of Dr. James Oliver, a name that is likely familiar to anyone who has visited UL Lafayette’s campus and perhaps walked past the computer science building on East Lewis Street. Dr. Oliver had established a new computer science program at the University, a discipline that was expanding rapidly at the time, and called on John Meriwether to join the effort. Meriwether did so, but soon shifted his focus back to physics, the discipline that truly ignited his passion as a scientist. It was an exciting time to pursue the sciences, physics in particular, as STEM fields were becoming increasingly in-demand and new discoveries were being made every day. Meriwether became head of the Physics department in the early 1970s.

Like many institutions of higher education at the time, the University experienced significant growth in the 1970s. Dr. Ray P. Authement had become the University’s president and several names you may recognize now from buildings on campus were just beginning their careers at the University. Meriwether was one of many young, eager, inspired professors on campus at that time. Dr. Authement’s highly progressive vision and commitment to supporting and encouraging the University’s faculty were crucial driving forces behind John Meriwether’s ability to thrive as he did during his career at UL Lafayette. 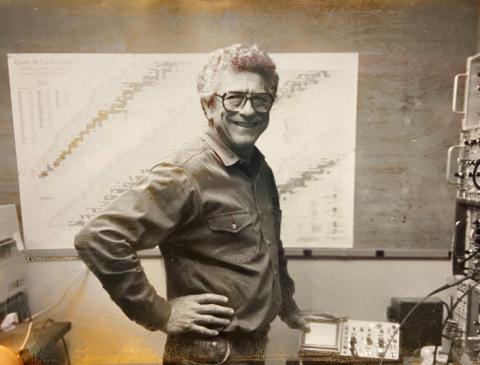 John Meriwether was known to many as “a Renaissance man,” in that his interests spanned far beyond just the sciences. Meriwether was keenly interested in the humanities as well and was deeply passionate about reaching across the aisle and forging a collaborative community of academics at UL Lafayette. He believed that all departments on campus, each with its own important work, could benefit from the focuses of the other disciplines. It was because of this belief that John Meriwether became known campus-wide for his unique ability to bring together professors and students alike to collaborate and support one another in their various academic and creative pursuits.

One of Meriwether’s cross-disciplinary endeavors, the Culture of Man class offered through the University Honors Program, sought to highlight the importance of the sciences within the humanities, and vice versa. Meriwether typically taught this course with another UL Lafayette legend, Dr. Pat Rickels, the namesake of the current University Honors building. Students of the Culture of Man course often consider it one of the most impactful courses they took at UL, citing the hands-on, immersive nature of the course as being truly memorable. University Provost and Vice President of Academic Affairs, Dr. Jaimie Hebert, is one such former student who reflects often on the significant impact of John Meriwether’s Culture of Man course and, even more, John Meriwether as an educator and scientist.

Meriwether’s colleagues from his time at UL Lafayette argue that his passion for the creation of a close knit, collaborative community on campus stayed with them throughout their own careers and inspired them to work towards doing the same. Meriwether advocated for this spirit of collaboration through the end of his career at UL Lafayette.

Close friends and family established the Dr. John R. Meriwether Memorial Endowed Scholarship in Physics in an effort to memorialize John Meriwether’s legacy at UL Lafayette and to continue his important work of promoting Physics as a discipline. Meriwether spent much of his career advocating for the Physics department and its continued growth. Even more, Meriwether believed strongly in encouraging all students in any way he could, from simply showing up to on-campus performances or events, to purchasing student artwork to show his unwavering support for their efforts. Meriwether’s friends and family hope that, through this endowed scholarship, this work can continue in perpetuity by financially supporting students who share in his passion for the sciences.

John Meriwether was, in more ways than one, larger-than-life in his unique ability to bring together the most unlikely of friends. His advocacy for collaboration truly created a culture of community and togetherness on campus that remains instilled in the UL Lafayette experience today.

If you share in the belief that the University is made better through collaboration and cross-disciplinary efforts, consider making a contribution to the Dr. John R. Meriwether Memorial Endowed Scholarship in Physics.