Louisiana Board of Regents grants

Dr. Beth Stauffer, of our Biology Department, heading a $14 million, three-year research initiative to develop oyster broodstock capable of survival in low-salinity environments. Leveraging Opportunities and Strategic Partnerships to Advance Tolerant Oysters for Restoration, or LO-SPAT, is designed to help sustain populations of the shellfish and support the seafood industry. The Louisiana Department of Wildlife and Fisheries is funding the project. 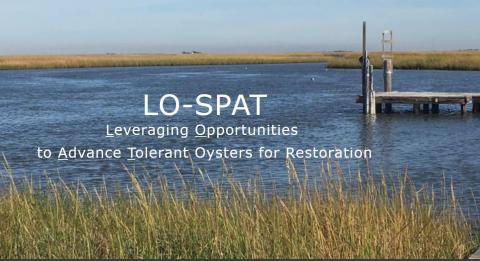 Stauffer, a phytoplankton ecologist, and other UL Lafayette researchers are collaborating with scientists from the LSU AgCenter and the University of Maryland Center for Environmental Science Horn Point Laboratory. Spat-Tech, a Mississippi-based oyster aquaculture company, is the private sector partner. “The objective is to examine low-salinity tolerant populations of oysters. We’re researching how low salinity – and other environmental stressors – factor in, and identifying heritable traits that make some oysters hardier than others,” Stauffer said. The LO-SPAT team is pooling its expertise in coastal and restoration ecology, environmental monitoring, organismal and molecular biology, economics, and aquaculture and oyster husbandry. Researchers are collectively examining the entire oyster life cycle, from larvae and broodstock to juveniles that can be deployed in nurseries and, ultimately, at restored reef sites. Creating sustainable breeding operations starts with collecting wild oysters, then introducing them to stressors; the next step is using modern molecular tools to determine which oysters prove capable of growing in unfavorable conditions. “Those oysters are then bred over multiple generations through a process known as selective breeding, which allows producers to build a better oyster using their natural genetic diversity,” Stauffer explained.

It’s important work. Louisiana is one of the nation’s major oyster-producing states. Declining production, however, has created ecological and economic consequences. Increases in rainfall and flooding in Louisiana and along the Gulf Coast in recent years have introduced high amounts of freshwater into oyster habitats and reefs. That’s problematic, since the shellfish need at least some salt to live and more to grow and reproduce. Jack Montoucet, secretary of the Louisiana Department of Wildlife and Fisheries, said the LO-SPAT initiative provides “a comprehensive approach to addressing a state, regional and national problem, and we’re excited play a role in that.” “Developing an oyster that can tolerate low salinity for an extended period of time – which we don’t have now – is important to maintaining the industry as we know it. And with all of the research capabilities that exist today, we should be able to do that.” Oysters are essential to coastal ecosystem health. They filter massive volumes of water and build reefs that provide habitat for fish and other marine life. The shellfish are also vital to the economy and provide thousands of jobs. The Gulf of Mexico produces 46% of the oysters in the United States, and the regional oyster industry has an annual value of $66 million. It’s why pursuing initiatives – such as LO-SPAT – that will ensure a vibrant oyster industry has become a priority in Louisiana. Promoting sustainable ecosystems and providing habitats for commercial industries is a primary goal of the Coastal Protection and Restoration Authority’s Coastal Master Plan.

Findings generated as a result of the LO-SPAT initiative are integral to that effort. So, too, are UL Lafayette research laboratories, including at its 50-acre Ecology Center. The center has a 15,000-square-foot building that houses spaces for a broodstock facility and laboratory. Construction and operations of broodstock facilities at the Ecology Center is being overseen by a team of staff members. In addition to innovations in oyster broodstock, researchers will conduct field sampling using sensors deployed in estuaries to characterize the environments oysters are experiencing and acoustic monitoring to quantify oyster reef health.